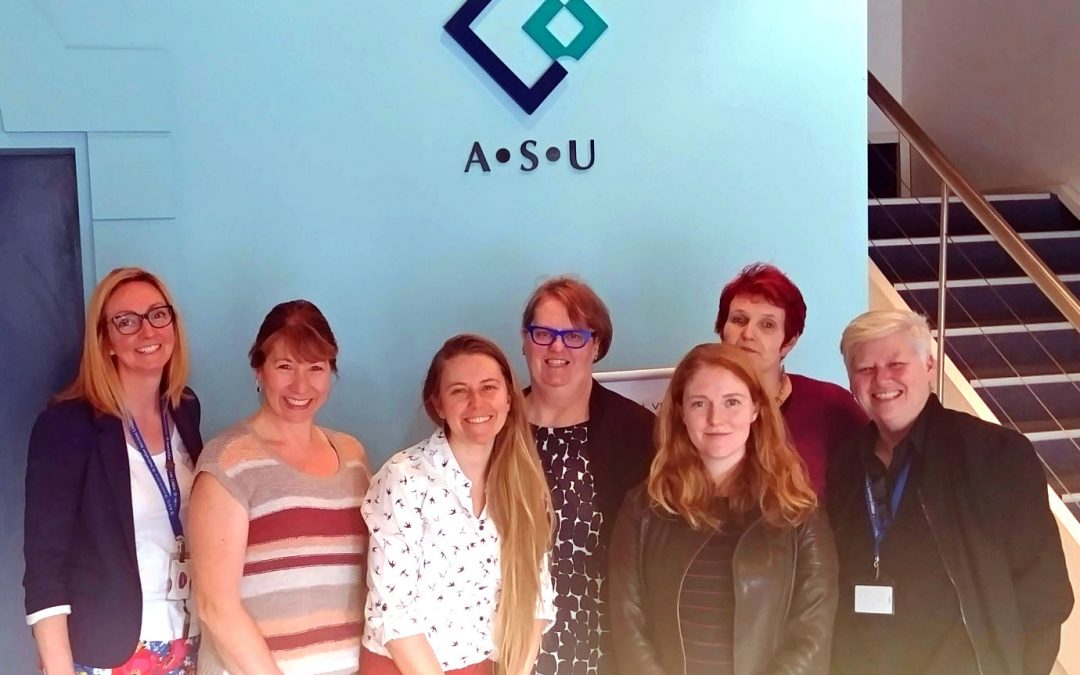 A few weeks ago, a group of ASU women met with the Shadow Minister for Financial Services Clare O’Neil to discuss the topic of women and superannuation. ASU Assistant National Secretary, Linda White, chaired the meeting.  Staff and elected officials from the National and Victoria/Tasmania Authorities and Services Branch of ASU were in attendance along with three female members representing both Local Government and Social and Community Services.

Ms O’Neil also met with an ASU delegation in March this year around these issues and was most interested in an update.

The meeting heard from each woman, telling her own story about super and then relating common themes amongst the people they work with.  The members represented their workplaces, including Home and Community Care (Whittlesea Shire Council), Brotherhood of St Laurence and Women’s Information and Referral Exchange, as well as their lived experience.

Discussion ranged from examples of low-hour casual and temporary work which failed to attract super (below the $450 per month earnings threshold), older women still working at age 70, women being adversely impacted by relationship breakdown, non-payment of super from some employers, disadvantage because of career breaks to have and raise children and a strongly held understanding that when money is tight, the day-to-day reality of meeting household costs was a priority over superannuation contributions.

The meeting acknowledged other issues such as adding super contributions on Paid Parental Leave, a move to 12% contribution, a lifting of the minimum threshold and strategies to support those in need of ‘top up’ payments were part of the solution for workers, particularly older women.

The ASU Member Contact Centre is taking a lot of calls at the moment. But we’ve also got industrial staff standing by to answer email queries. ASU members with an industrial issue who have access to email can send their query to info@asuvictas.com.au to get a quick response ... See MoreSee Less

Train up some delegates who are not working

We’re off the the Fair Work Commission tomorrow to stop Ballarat Council from standing down workers. These outdoor workers can continue to be usefully employed and the City of Ballarat is way out of line. We won’t put up with members being treated like this. It’s time the City of Ballarat was kind to its own workers and stopped the planned stand-downs. ... See MoreSee Less

That's bullshit. They work outside away from people ffs. Disgraceful.

Thank you unions for standing by your workers

The dopey mayor wants to ban people from melb entering ballarat . I don't know what planet he is on

Good to know! This is so unfair of the BCC

Standing with you from WA!

Some good news amongst the hard stuff right now! A bunch of ASU members at Ermha, including Virginia & Julie below, have signed up for Coastrek – a team trekking challenge to raise funds to support mental health in Australia. All going well they will be walking a long way on Friday 22 May! As workers supporting people experiencing mental health conditions, they’re going an extra mile to support programs and services that make a difference in people’s lives.
To help support their efforts to make a difference to mental health in Australia and sponsor their trek go to: www.coastrek.com.au/fundraisers/ermha2

All money we raise goes to beyondblue. Thanks everyone for your support.

Love it! When times get tough, ASU members jump in and do their bit!