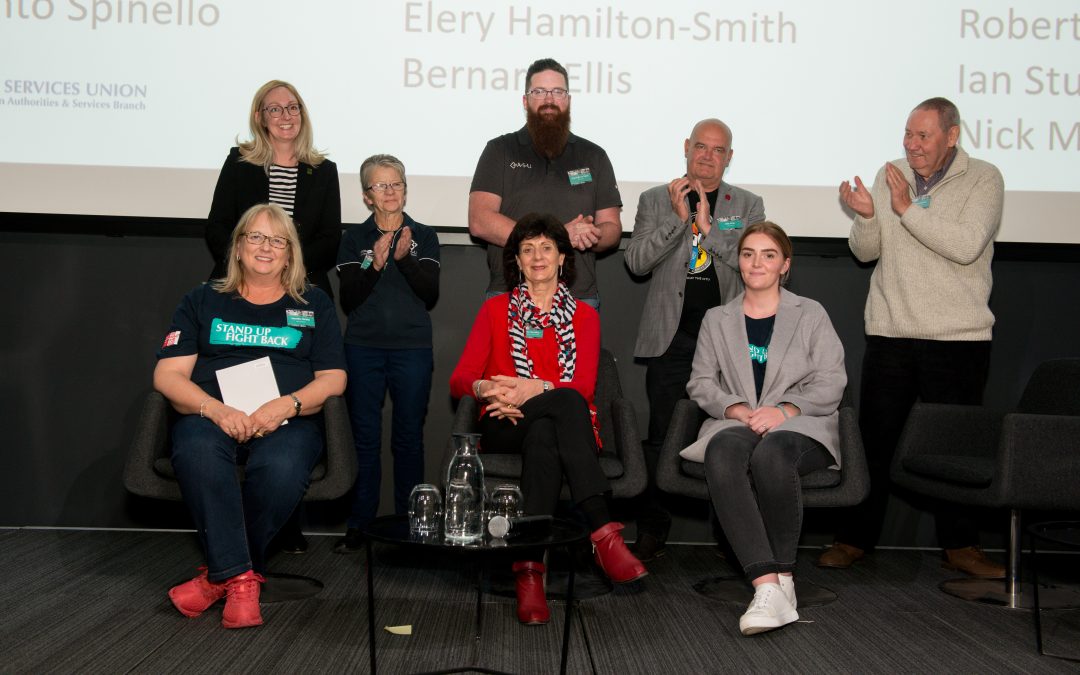 Last month the ASU held its annual delegates conference in Melbourne and two Tasmanian delegates walked away with awards in recognition of their contribution to the union and its members.

Bianca Long from Qantas Airways Premium Contact Centre in Hobart was awarded the Young Delegate of the Year Award for 2019. She was recognised for her contributions in her roles as a delegate in her workplace, where she is actively representing members and participating in consultation on several active issues, and her role as the Youth member on the union’s Branch Executive.

Jennifer Hickey was also successful in receiving an award and was awarded the 2019 Bracknell Award. The Bracknell Award is presented for outstanding service to the union movement by a female delegate in Tasmania. Jennifer was recognised for her active involvement outside of the bargaining room in the City of Hobart enterprise agreement negotiations as well as her active recruitment and retention work and willingness to participate in union activities and campaigns outside of work hours.

The ASU would like to again congratulate our winners for 2019 and invite you to offer your congratulations when next you see these members.