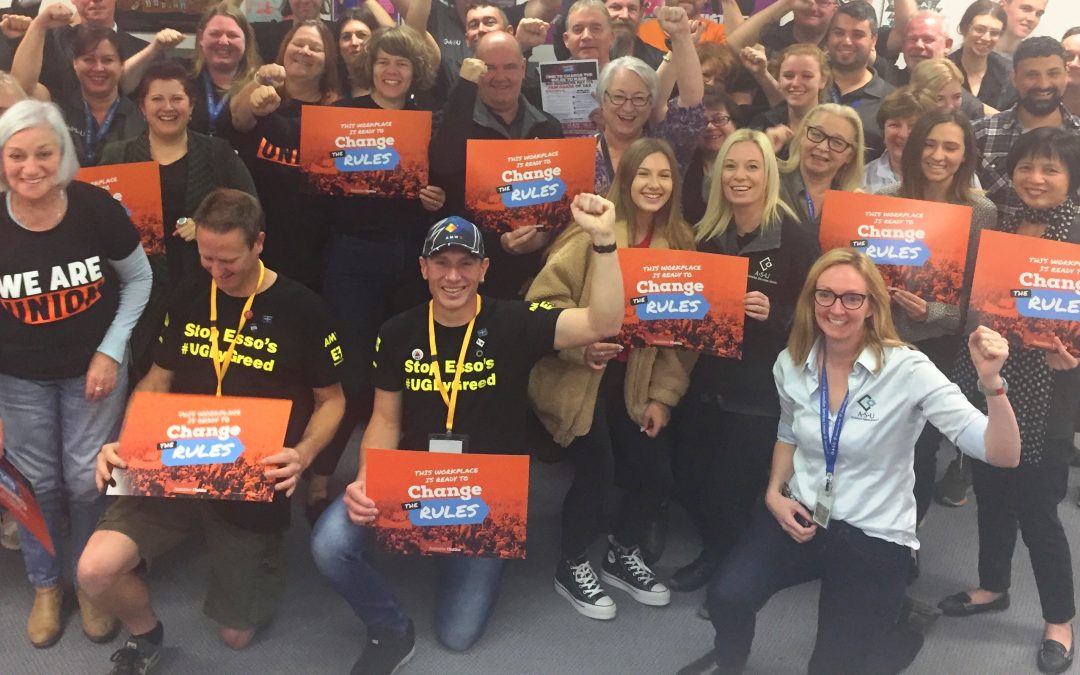 This is why we need to change the rules.
When hundreds of workers can be sacked then offered their old jobs back with massive wage and entitlement cuts, the rules are broken.

UGL then sacked their entire Longford workforce and the very next day offered them their jobs back under the new EBA with much lower pay and conditions.

This is permitted under current legislation. It’s time to change the rules.

The workers refused to give up conditions won over decades and have now been on the picket line without pay 600 days.

This attack on the Esso/UGL workers at Longford is also an attack on surrounding communities. These communities rely on the wages of Esso/UGL employees being spent at local businesses and their futures depend on secure and well paid jobs to keep young people in town.

ASU Supporting Sacked Esso/UGL Workers
ASU members again showed our support for the sacked workers at Esso Longford by standing with them at the workers picket last Thursday.

We took donations down to the picket and ASU members at the City of Melbourne made an incredibly generous donation of $2,488.52 to the picket’s Fair Pay Fighting Fund.

Any support you can offer to the sacked Longford workers would make a big difference and you can donate to the Fair Pay Fighting Fund at https://www.essouglydispute.com/donate.html