On Thursday 18 November, staff across Geelong Regional Libraries will be staging a 24-hour strike for better wages and conditions.

Geelong Regional Libraries has been ranked as the best public library service in Victoria for six years in a row, but the wages of its staff are some of the lowest in the state. Despite this, the member councils that fund the service have failed to step up, and management are attempting to push through years of below-inflation pay increases.

If you can, support the striking workers by joining them from 8.15am onwards, or come to their barbecue at 12.30pm!

What happens at one workplace sets the standard for every other, and a win by Geelong Regional Libraries workers will be a win for workers all across Geelong.

For more information please contact one of your ASU delegates or
ASU Organiser Sean McCourt | smccourt@asuvictas.com.au | 0419 506 178 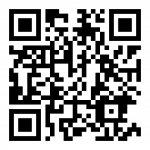 “Unions have welcomed a pledge from the government it will aim to end the practice of employers axing enterprise agreements in order to cut the pay of workers.

In a major speech to the Australian Industry Group on Monday, Workplace Relations Minister Tony Burke said such moves by employers could not be justified.” ... See MoreSee Less