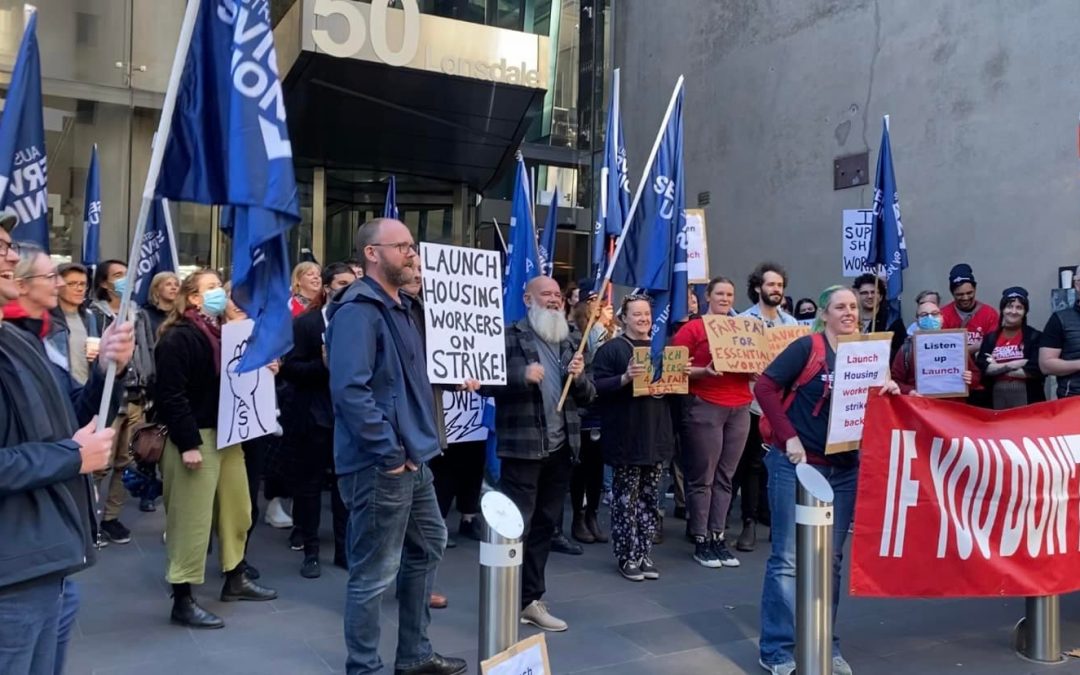 Every worker has a right to be paid properly for the work they do.

Disgustingly, workers at Launch Housing are having to strike and protest to get the most basic employment entitlement, proper pay.

The striking workers rallied outside the Department of Families, Fairness and Housing’s head office to get the department to intervene in the year-long dispute over a classification review at Launch Housing.

Launch Housing agreed to conduct a classification review during a Fair Work Commission conference in February, and three months later, it is still stalling and backtracking on the commitment.

There is a genuine risk that workers paid with DFFH funds are not being paid correctly for their work.

ASU members Launch Housing want to get a new enterprise agreement, but an agreement will only be acceptable if it includes a classification review so every worker can be sure they are getting paid for the work they do.