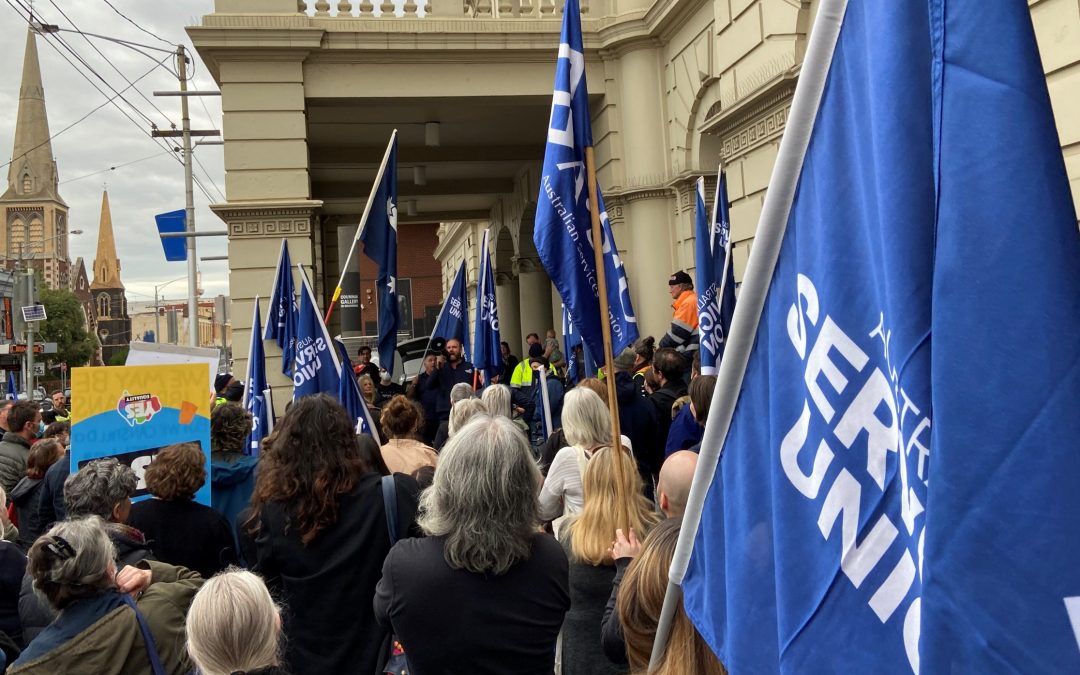 Refusing to accept an employer’s offer is the first step to getting better wages and conditions.

It may seem obvious, but a strong ‘NO Vote’ against an employer’s substandard enterprise agreement puts workers on the path to better wages and conditions.

Cost of living pressures has highlighted the need to push back against lowballed pay offers, with the recent CPI figure of 5.1% giving a new target range for negotiations that are still underway of a level that would have been unobtainable before that announcement.

Despite the disruptive influence of non-union bargaining representatives, ASU members at Moreland City Council, led by dedicated and passionate ASU delegates, were able to set a new benchmark for Victorian local government.

It wasn’t easy, but targeted industrial action across council operations and strikes worked.

The determination of ASU members to get a better deal for workers, particularly the lowest paid at council, pushed Moreland management to significantly improve its offer.

Similarly, ASU members at Ararat Rural City got a much-improved offer just by starting the process of taking industrial action.

After the ASU started the process for a Protected Action Ballot, management came back with a pay offer of 3% for 2021-22 and 2.5% for each of the next two years. Management’s offer also included improvements to more than 20 other conditions in the enterprise agreement.

There are plenty of recent examples of employers using underhanded tactics to push through bad EBA offers, such as Banyule City Council bombarding their workforce with ‘vote yes’ propaganda, or Brimbank City Council going to vote repeatedly to try and wear people down.

In both cases this helped them to see a vote limp across the line. The Fair Work Act allows employers to do this, but it just highlights the importance of planning for a potential ‘no vote’ campaign as part of negotiations.”

The Moreland City Council enterprise agreement is currently out for a ballot of Moreland employees.  If approved, and we expect it will be because 85% of ASU members supported it at a meeting of members, it will improve wages and conditions at Moreland.

These improved employment conditions are due to the willingness of ASU members to demand better.