This election, ASU Members in Hume need to put the Liberals last.

Prior to the last state election the Liberal-National Government gazetted for Sunbury to split from the City of Hume. They relied on a poll with limited details being released.

Along with many local residents, the ASU believed that this decision would cost jobs, increase costs for residents and decrease services.  Together, we took the fight up to the previous government and lobbied the Labor government hard. We collected over 7,000 signatures on a petition that was tabled in parliament.

Labor stopped the process. Independent auditors found the process lacked adequate community consultation and had failed to explain the impact on local residents, and recommended against the split because it would lead to:

Now, the Liberals have said they still want to split Sunbury from Hume.  You can take a look at the letters we sent, and the responses we received here.

Under the Liberals you’ll get half the Council, at twice the price. Increased costs, decreased services.

This election put the Liberals last. 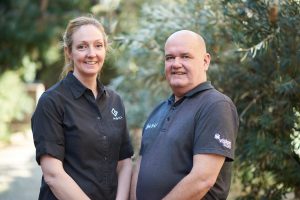 Are you worried about being forced back to work while COVID positive or waiting on results?

The ACTU will be answering your questions and providing information at this Thursday's online town halls. It's free, informative, and open to all— because everyone deserves a safe workplace. Invite your colleagues, friends and family!