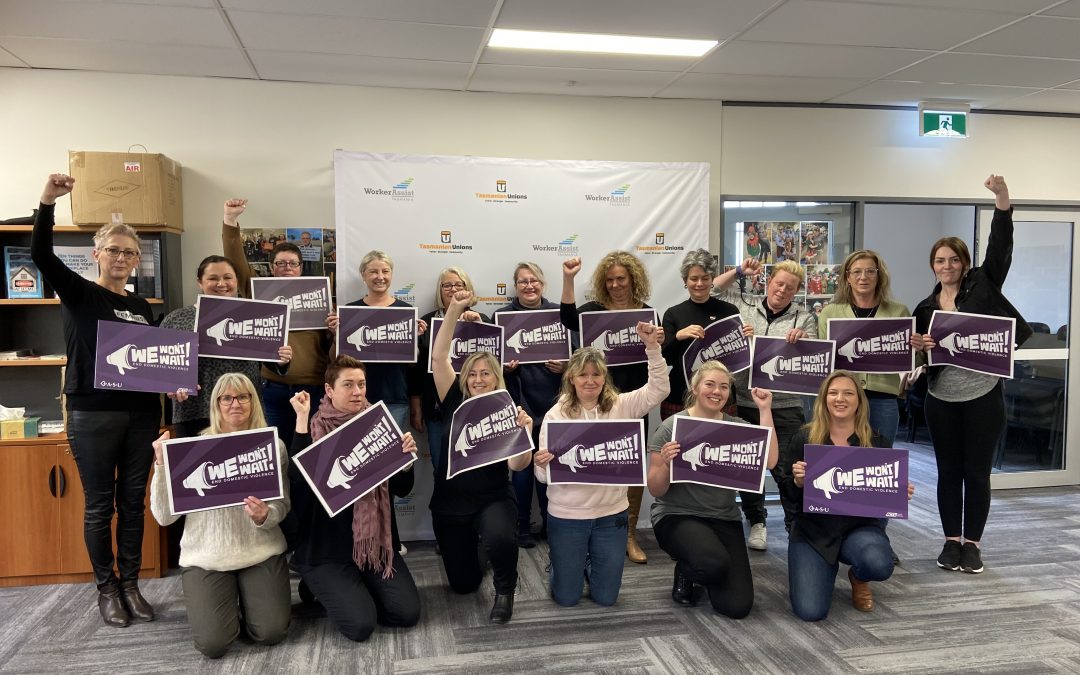 In Tasmania, the Anna Stewart Memorial Project is a week-long women’s program which culminates on the last day of the program with the Unions Tasmania Women’s Conference.

Throughout the Anna Stewart Memorial Project our participants (“the Annas”) learnt valuable skills to add to their toolbox and assist their workplace union roles, as well as generally in their lives.

They participated in activities including:

They were also treated to amazing guest speakers such as a political panel of female Tasmanian politicians, a panel of past “Annas” including our own Melanie Gent (City of Hobart), APHEDA including 2 Timor Leste International Sisterhood speakers (such a highlight – did you know that Timor Leste had paid parental leave before Australia), Unions Tasmania Secretary Jess Munday, Worker Assist, Emily’s List, to name a few.

The Annas were pushed out of their comfort zone from day one but rose to the challenge with great enthusiasm and passion.

Then to cap off a great week, the Women’s Conference on the last day of the program provided another opportunity for not only the Annas, but a large number of ASU members to attend the conference, learn new skill sets and hear from strong women.

Conference attendees were inspired by ACTU President Michele O’Neil on GettingRespect@Work, Senator Penny Wong, Georgie Dent (CEO The Parenthood), an inspiring panel of speakers on Intersectional Discrimination, a workshop on Women’s Advocates in the Workplace and all participated in 2 campaign actions.  The Gender Pay Gap figures had just been released so attendees formed the human number 100 outside to symbolise that women are worth 100% pay.  A photo was taken and attendees started trending on social media #EqualPayday and #Worth100.  They also all participated in a video which calls on politicians, particularly the Morrison Government, to enact ALL 55 recommendations from the Respect@Work: Sexual Harassment National Inquiry Report.

If you are interested in participating next year in either, or both, of these inspiring women’s events please contact your local Organiser for further information.