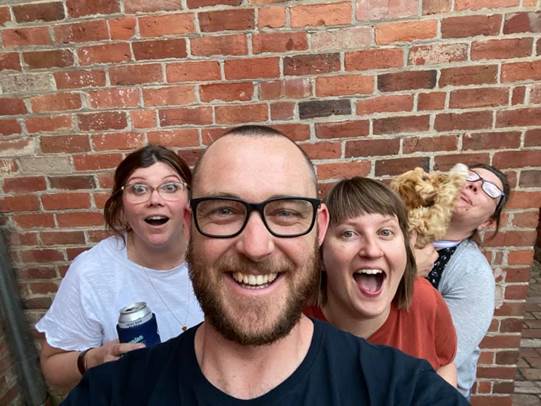 Tim Sullivan values the important role of unions beyond individual workplaces in delivering on big changes that improve the lives of working people.

Tim stepped up as a delegate at Haven Home Safe, Bendigo in 2016, and activates union participation across the Bendigo region.

Tim is currently on secondment from his role as Social Curriculum Co-ordinator, to work with the Portable Long Service Leave Authority.

Through both roles at the Portable Long Service Leave Authority, and his role as a delegate at Haven Home Safe, Tim works hard to improve the working conditions for all workers in his area.

This temporary move hasn’t stopped Tim organising to band together networking union members and other workers in the Bendigo region!

Tim has recently organised meetings at Bendigo Trades Hall with the purpose of increasing union membership and participation.

The final networking event for 2019 was held on November 29 and was a great success.

Tim also contributes to the union as an ASU Branch Conference delegate.

He is motivated to use this role to provide input and feedback into the Branch’s broader direction and increase regional members’ participation in the union.

Tim’s role as a delegate at Haven involved supporting another ASU member, Rebecca Dix to skill up and become his co-delegate. Together, Tim and Rebecca have greatly increased union membership at Haven and facilitated improved member participation. Stay tuned for the details of the first networking event in Bendigo for 2020!