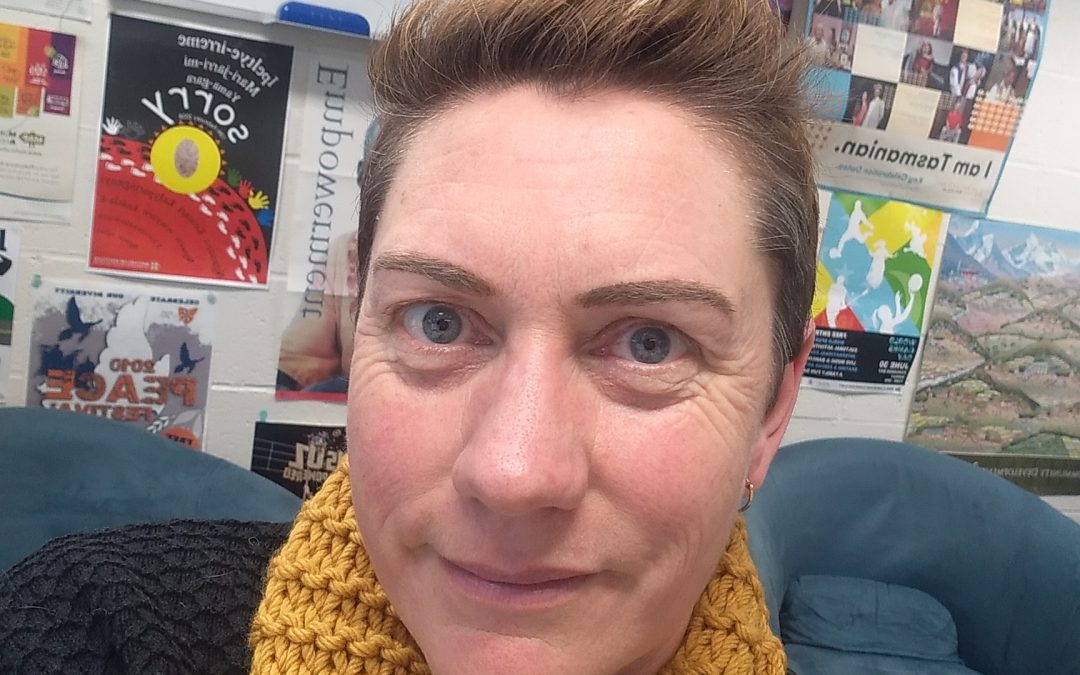 Suzanne is one of our newest Delegates, having been in the role for less than six months.

She has shown great interest in the bargaining process for a new enterprise agreement in her workplace and decided to stick her hand up to be nominated as a Delegate representing office-based workers at Clarence City Council.

Suzanne describes herself as a proud Tasmanian, living on muwinina land. She spent 13 years on the mainland, living in every state and territory except WA.

Suzanne said a highlight of her time on the north island was living in the Mutitjulu community, with Uluru outside her window.

Suzanne moved back to Tassie with her husband and two boys who are now adults and making their own paths. She loves connecting to the country where she lives; and says that the mountain, trees, plants and animals nurture her.

Suzanne has been a Community Planning and Development Officer at Clarence City Council for almost 13 years. She says Community Development is always interesting and involves a great variety of activities and responsibilities. She says that her work is specifically about improving community health and wellbeing so the scope of what needs to be done is very broad but that she loves connecting with the community and working with people to make a change.

She decided to become an ASU Delegate as it upsets her when people get left behind.

Suzanne acknowledges that she is still fairly new to the union, and says she still has much to learn. However, she appreciates that the benefits she and her colleagues enjoy are because someone before them fought for change to make the system more equitable for everyone.

Suzanne hopes that she can be part of improving our work environments so they better support their most valuable assets – their people; and so do we!

Whether it be in your workplace, or to the local, state or federal governmnets the ASU are always by your side representing the interest of members!

lets hope the feds do not privatise like the victorians