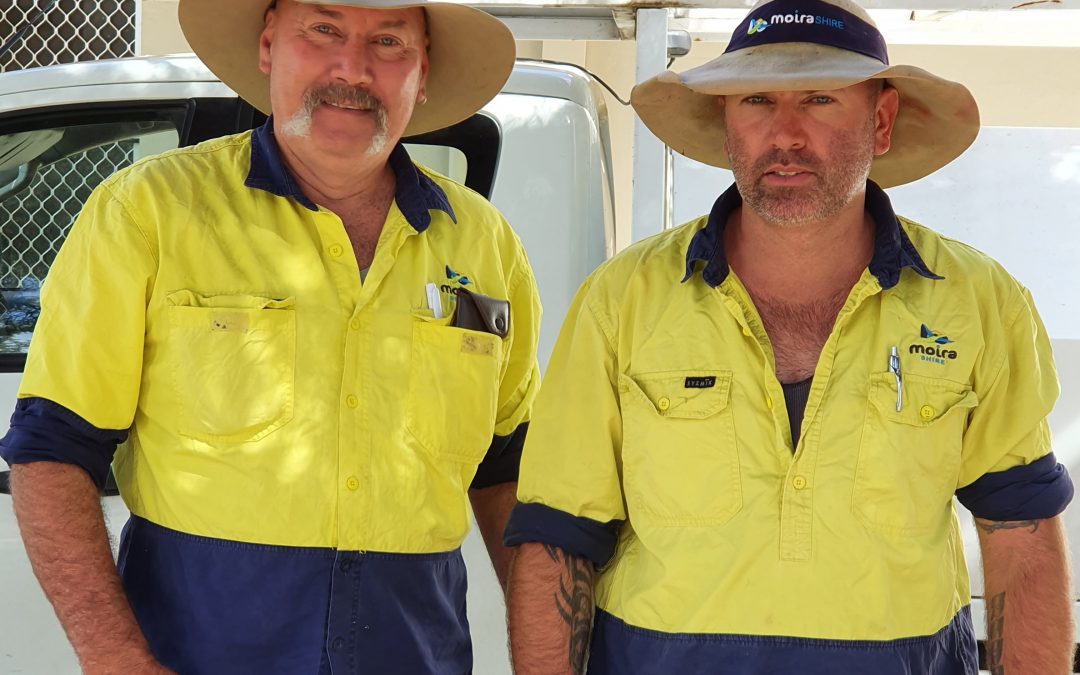 As a Works Officer, being at council is in his blood – literally! Steve’s father worked at Moira for 27 years before Steve started, they then worked together for another 11 years. The tradition continues with Steve’s son, Jeremy, working at Moira for 14 years.

Steve signed up to the union when he was just 17 years old, by shop steward Alan Hutchins, way back in the MEU days. When Alan retired, Steve stepped up and took on the role. He’s held the role through all the amalgamations of shires that make Moira today.

A big motivation for Steve in the delegate role is to make sure the members are all okay. He knows members can get a hard time around the place, so tries to make it better for them.

Steve reckons if members are keen to be a delegate to give it a go!

He says “it has been good for me, I’ve enjoyed for the more than 30 plus years. You sort of get a bit of satisfaction out of looking after members in making sure they’re alright.”

It’s personal as well for Steve, he hopes Jeremy can take on the role of delegate, saying “he has got a good head on his shoulders, so I hope he will step up after me. Billy has been on his case, asked him a few times, a little while back. I believe he will be good at it, I am just hoping we can make this a better place, for the people that come in behind us, and the young ones starting out.”

We’re proud at the ASU office to share this story of unionism in action across generations – well done Steve, and we look forward to seeing Jeremy keep the family legacy going!

Today the ASU together with other unions will take Qantas to the highest court in the country over JobKeeper wage theft.

The temperature is ticking up again with hotter days on the way next week. We’ve got resources for ASU members so you can be prepared with training and resources on working in heat.

The ASU Career Launchpad has member-only on-demand training for outdoor workers with presenters from Victorian Trades Hall Council and the Cancer Council. You can access the training here: asucareerlaunchpad.tln.org.au/

And you can download a factsheet and other information about working in heat information at www.asuvictas.com.au/working-in-heat-2/ ... See MoreSee Less

The New Year is the perfect time to brush up your job-seeking skills if you are looking for a career change this year.

The majority of candidates for a job are eliminated at the very first step. So whether you’re changing careers or applying for the job of your dreams, find out how you can make your application stand out and land you your next job!

Our ASU member-exclusive Job Application Tool Kit is a 3-part series that takes you through the complete application process from refining your resume, to addressing key selection criteria and then onto the interview stage. We’ve got you covered every step of the way!

These courses are available on demand at asucareerlaunchpad.tln.org.au/ ... See MoreSee Less