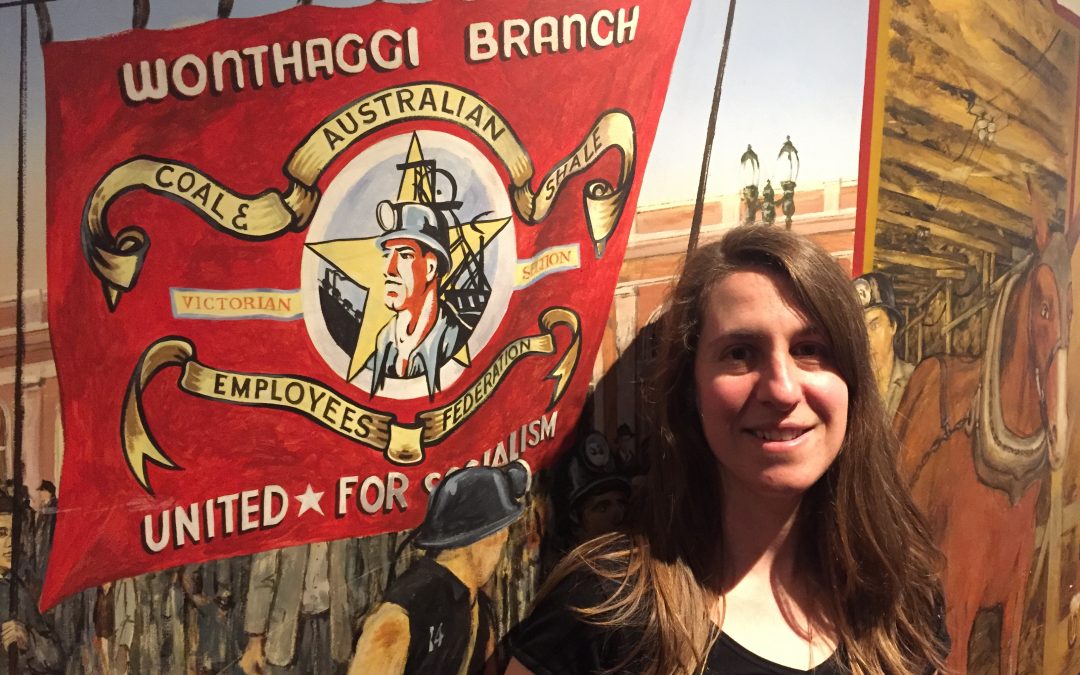 Unions have always been a part of my life. My parents are strong unionists, both coming from family traditions of collective action and community support. Both my parents were active members of the AEU as primary and secondary school teachers and, before I studied social work, I was also a member of the AEU, as a music teacher. I joined the ASU as a social work student 6 years ago and have remained a member since then. I decided to nominate as a delegate because it seems that working conditions across the board are being constantly eroded and I can no longer stand by and watch it happen without trying to do something about it.

My maternal great-grandmother, Agnes Chambers (Granny), was an organiser for the Women’s Auxiliary at the Wonthaggi State Coal Mine. She moved to Australia from Scotland with her mining husband, Jim Chambers, and their seven children. My grand-father was the youngest in the family but he had two older brothers who worked in the mine with their dad, as well as the husband of one of my grand-father’s older sisters. The family were all involved in the union but Granny was the matriarch of the family and helped establish the Wonthaggi Miners’ Women’s Auxiliary in 1934. This was the first Women’s auxiliary of a mining union in Australia. During the miner’s strike in 1934 Granny issued a statement as president of the Women’s auxiliary – “the women of Wonthaggi are firmly behind their husbands in this struggle. We women have for the past two years seen our husbands’ pay reduced by more than a third…If our men quietly accept these reductions without further protest where will they end?…Our men have stood solidly in this great struggle, and the Government, realising that it cannot break the spirit of the men, now turns and threatens to take our homes from us. The Government threatens to close the mine permanently….The dispute has now been in progress 17 weeks, and it would appear that we have a long and dreary winter in front of us, but with the help of the women of Australia we can hold out”**. The family has upheld the values that Granny instilled in us and continues to advocate for workers’ rights and remain involved in community groups.

On my dad’s side there were also mining unionists, in the Netherlands where my grandfather’s family worked as miners and were part of a socialist collective that worked for worker’s rights while also singing in a choir – I’ve heard recordings of the choir and they sound pretty good!

I feel proud to carry on the tradition of strong women working for a collective voice and I know that Granny would be proud too.