Cost-shifting and rate capping are hurting every community 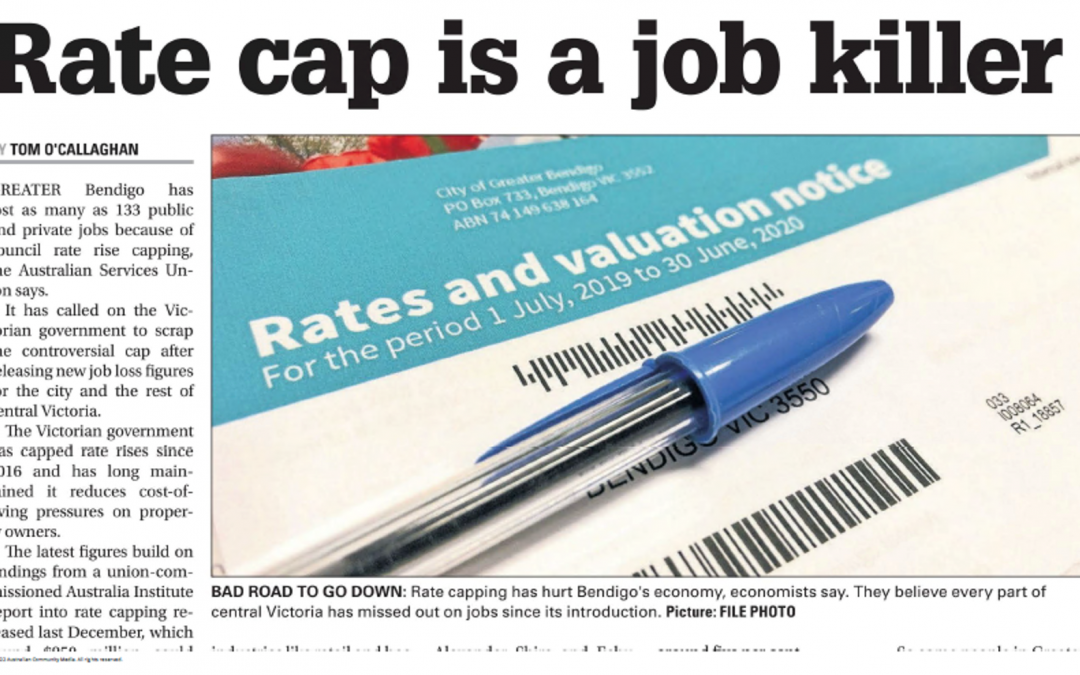 The cuts and budget squeezes are different at each council. But they are there, and they are affecting every single community.

The ASU’s campaign for changing the rate cap is getting right to key decision-makers. We’ve sent copies of the recent report by the Centre for Future Work into the economic costs of rate capping to members of the state government and independent and minor party MPs. CEOs and Mayors of each council have received a copy of the report too.

The rate cap has also cost thousands of jobs at councils and in the private sector.

Newspapers from Geelong to Bendigo and Horsham to South Gippsland have written about the number of jobs the rate cap has cost local communities – hundreds of jobs in every region.

On top of the rate cap, state government cost-shifting is putting huge pressure on councils, and in the end, it’s communities and council workers who pay the price.

Recently a council announced the future closure of kindergartens because it is too expensive to replace older buildings. Other councils are considering putting an end to their role of providing school crossing supervisors to keep kids safe.

On top of these examples, the state government recently attempted the biggest cost-shift ever by exempting the Victorian Government from paying rates on social housing properties in Melbourne, Geelong, Ballarat and Bendigo to fund social housing.

The ASU wants to see more social housing, but we opposed the cost to councils because the jobs of council workers should not be put at risk by the government’s taking millions of dollars from council budgets.

We led the fight against this cost-shift to local government, and we were successful – the government will not proceed with this proposal.

To be part of our campaign against rate capping, complete the form here

A reminder to all our workers in local councils that you don't have to put up with your local Liberal MP harassing you with constant calls and text messages.

If you're ever feeling like you can't escape the constant demands of Tim Wilson, lodge an OHS incident report and get in touch with us. ... See MoreSee Less