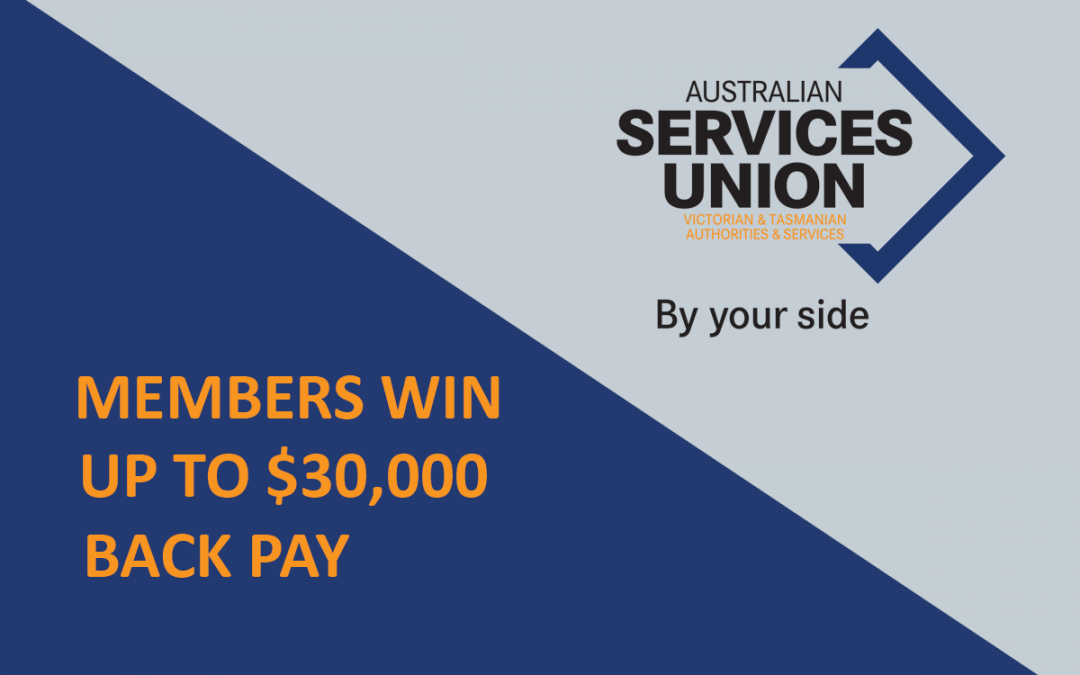 Through the dogged determination of ASU delegates and the know-how of ASU organisers, many low paid workers at Wellington Shire will receive up to $30,000 in back pay.

Workers at Wellington Shire most affected were outdoor crews who did regular overtime.

Wellington Shire had been incorrectly paying the industry and maintenance allowances for years.

The issue went back to a council error in 2005, but still, when the problem was found in 2009, Wellington Shire tried to avoid paying the full entitlement and full back pay to affected staff.

From 2009 Wellington included the industry and maintenance allowances on worker’s payslips, but this resulted in a further error in calculating the industry allowance.

Even after the problem was identified ten years later, and after ASU delegates and organisers forced Wellington Shire to accept the problem, the Shire still tried to get out of paying the backpay workers were due.

The Shire even claimed to have legal advice that it was only required to pay 18 months of back pay, but ASU delegate Kate smelled a rat. And along with ASU organisers she confirmed the legal requirement in this instance was six years of back pay.

Wellington Shire did everything possible to avoid paying backpay, even refusing to calculate individual worker’s entitlements – so the ASU did the detailed work and eventually, Wellington Shire relented.

In the end, we prevailed, and Wellington agreed to back pay staff their full entitlements

This is a great win for ASU members and affected staff at Wellington by the ASU.

And the vigilance and determination of ASU delegates made it happen!