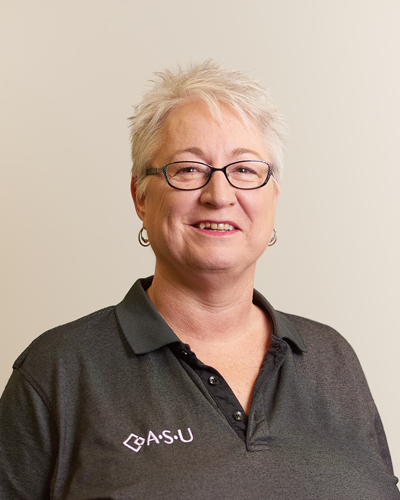 Michelle overseas the Campaigning and Organising team for the Local Government and Energy industry divisions. Along with Leon Wiegard, she is responsible for campaigning and growth across the Branch. Michelle also deputises for the Branch Secretary and Executive President as required.

She first joined the Municipal Officers Association – a predecessor union of the ASU in 1982, when she worked at the State Electricity Commission of Victoria. She became an ASU delegate while working at Hume City Council in 1995. She worked in procurement, contract management, information technology, waste management and building maintenance.

In 2001 Michelle won the ASU Womens Tile Award for outstanding efforts to promote women’s participation in the union.

Michelle became an organiser at the ASU in 2002 and has worked across all industries and areas of the union in both organiser and leadership positions.

Michelle represents the ASU on the Victorian Trades Hall Council Executive where she holds the position of Junior Vice President and on Bendigo Trades Hall Council. She is also a member of the ALP’s Urban Affairs, Housing, Local Government and Infrastructure policy committee.