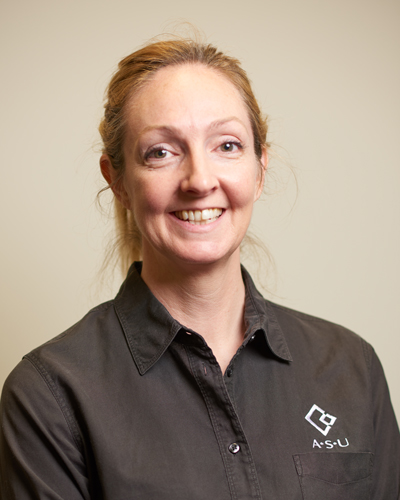 Lisa is a proud and passionate unionist, beginning her association with the ASU as a member and active workplace delegate, from Berry Street Victoria in 1997.

Lisa became Branch Secretary of the Australian Services Union, Victorian and Tasmanian Authorities and Services Branch in June 2018. Prior to this, she was the first female Branch Executive President elected in 2014.

She was first elected as ASU Assistant Branch Secretary in 2007, with responsibility for Organising and Campaigning and co-ordination of the Social and Community Services Division. Lisa had worked as an ASU organiser since 2000.

Lisa was inducted into the Victorian Honour Roll for Women in 2016 in recognition for significant contribution to the Victorian Community, specifically in achieving gender equity for women.  She was the inaugural winner of the Zelda D’Aprano Activist Award by Victorian Trades Hall Council in 2015 as most outstanding female activist for her work in the Community Services Equal Pay case and leadership in delivering world first family violence workplace entitlements.

Lisa has spent time on secondment at various roles including in the Victorian Department of Premier and Cabinet, working on Victorian Government initiatives in gender equality and family violence prevention, and Victorian Trades Hall Council, where she coordinated the Your Rights at Work campaign in Victoria in 2006.

Lisa was appointed to the Vision Super Board in March 2018 as a member representative having been nominated by the union.  Prior to this role, Lisa has previously been a trustee director of HESTA from 2013 to 2017.

She has a Bachelor of Business, a Diploma of Community Development.