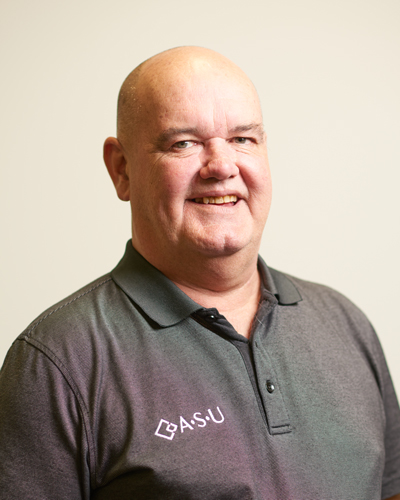 Billy has a long history of activism in the ASU, helping make a difference to the lives of working people. He joined the Municipal Employees Union (MEU) in 1989, when working at the City of Collingwood. In 1990 he became a shop steward at City of Collingwood, then he became a City of Yarra MEU delegate in 1996.

Billy understands the struggles of working in a blue collar environment and the need to make member’s voices heard. He worked in the areas of waste, street cleaning and parks and gardens for many years.  He understands the challenges members face. Billy has also worked for contractors in Local Government.

Billy became an organiser at the ASU in 2004 and has worked across all industries and areas of the union in both organiser and leadership positions.

Members at Derwent Valley Council in Tasmania were willing to walk off the job to get a better deal. As a result, management have returned an improved offer which fixes the issues members were concerned about.

The agreement will now go out to a vote and it is expected that it will be endorsed by employees. ... See MoreSee Less

Now bring on ours , very similar result I hope 👌

Need to get this at Hume cc. Councils offer is piss poor

Jason Andrew Parsell , your probably right, we will cave again 😡

Over the last 24 hours meetings of members overwhelmingly endorsed a 4 hour stop work action for Wednesday morning next week.

Council need to improve their offer and listen to their employees. Workers bills are going up and their wages are just going backwards.

We think its about time they resoloved the long standing underpayment and contract issues for their child care Educators to ensure they are paid the legal minimum rates.

Whitehorse members are ready to bargain! After a round of recent meetings their log of claims is ready to go to council.
Here's Delegate Dave in action - discussing the importance of being a paid up ASU member and actively participating in these important processes.
Join the cool kids, I mean ASU, at www.asu.asn.au/asujoin 👏✊👏 ... See MoreSee Less